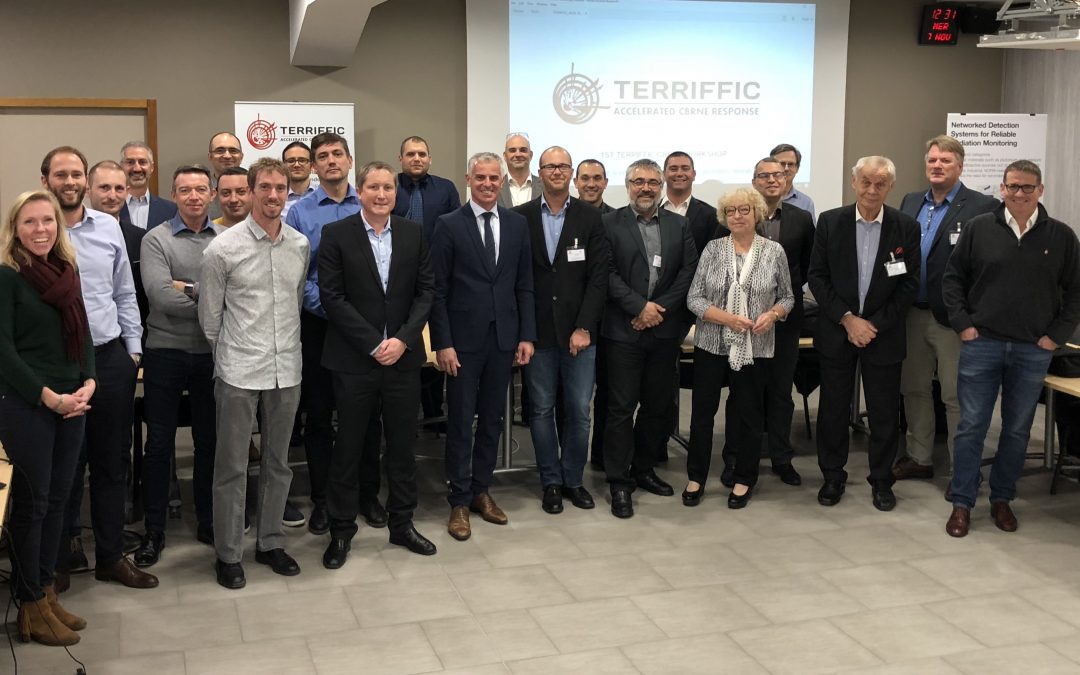 A total of 30 people attended the Workshop with a mix of CBRN practitioners, experts and consortium partners. The over-arching objective was to discuss practitioners’ needs during the first hours of a Radiological, Nuclear, explosive (RNe) incident and to define the specifications of the TERRIFFIC System, based on a set of pre-defined scenarios.

The meeting was divided up into three interactive working groups which focussed on the following distinct areas of interest to the TERRIFFIC project:

The key questions and comments that came out of the Workshop included:

A summary report, produced by project partner TL & Associes has been distributed to the attending practitioners and experts, containing details of the workshop discussions and key findings.