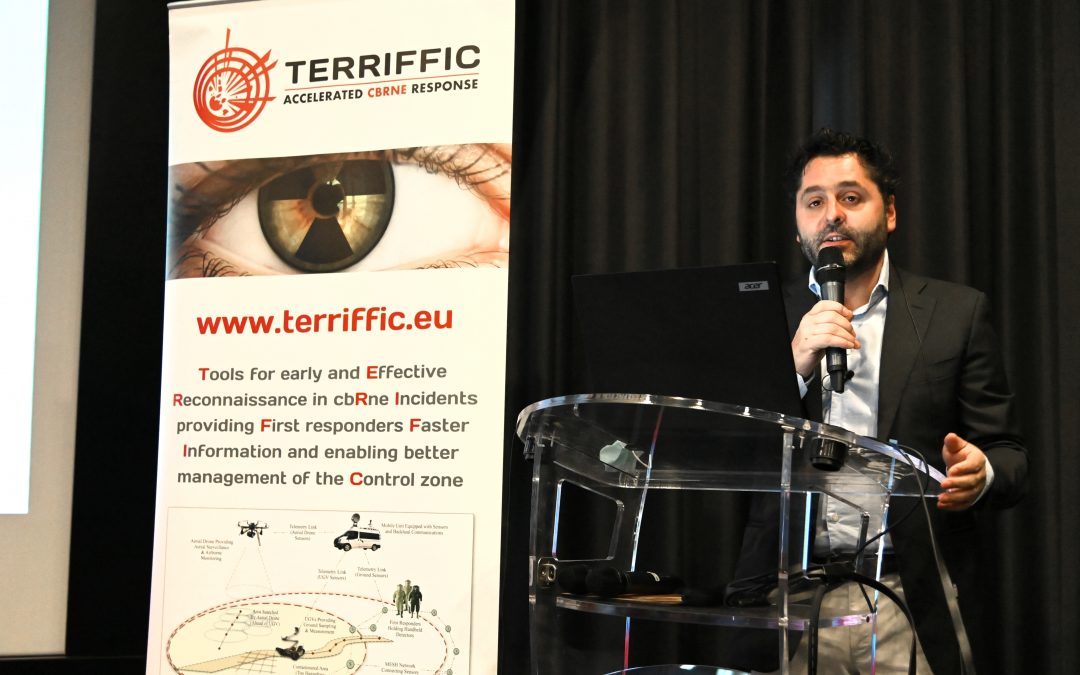 What an excellent day we had this week at the TERRIFFIC final Public Workshop, kindly hosted at the Entente Valabre near Aix-en-Provence. The project coordinator, Arktis Radiation Detectors, and indeed all of the project partners, were proud to welcome the audience of CBRNe practitioners and experts to the aerial firefighting college in the south of France.

It was very satisfying to meet together in person after the past 18 months of travel restrictions for this one day Workshop. The event was also live streamed for those that were unable to attend in person and we were delighted to have so many other experts join us remotely.

As well as the results of the Field Exercise and Final Trial, the audience were given more in-depth details of the various technologies developed in the project and the potential impact they could have on the CBRNe world. A new project video that tells the story of the trials and the technology that has been developed was given its first airing and is now available for you to watch on our home page, as well as on YouTube.

Central to the project has been the ongoing trials campaign in France and Slovakia, involving practitioners throughout and the use of real radioactive sources to test the added value of the TERRIFFIC System in realistic scenarios. The methodology and assessment was explained and we were pleased that this approach was positively received, in particular by the members of the Advisory Board. The benefits of implementing a quantitative methodology to assess this kind of global system were clearly appreciated.

A practical demonstration was also held at the Fire Officers College (ENSOSP) in the afternoon, so that the workshop attendees could see at first hand how the technology worked and the individual components delivered improved situational awareness to RNe incident commanders.

During the workshop, the project partners explained the results of the technical developments in the project and outlined the impact that it is very much hoped they will have on the European RNe community in particular.