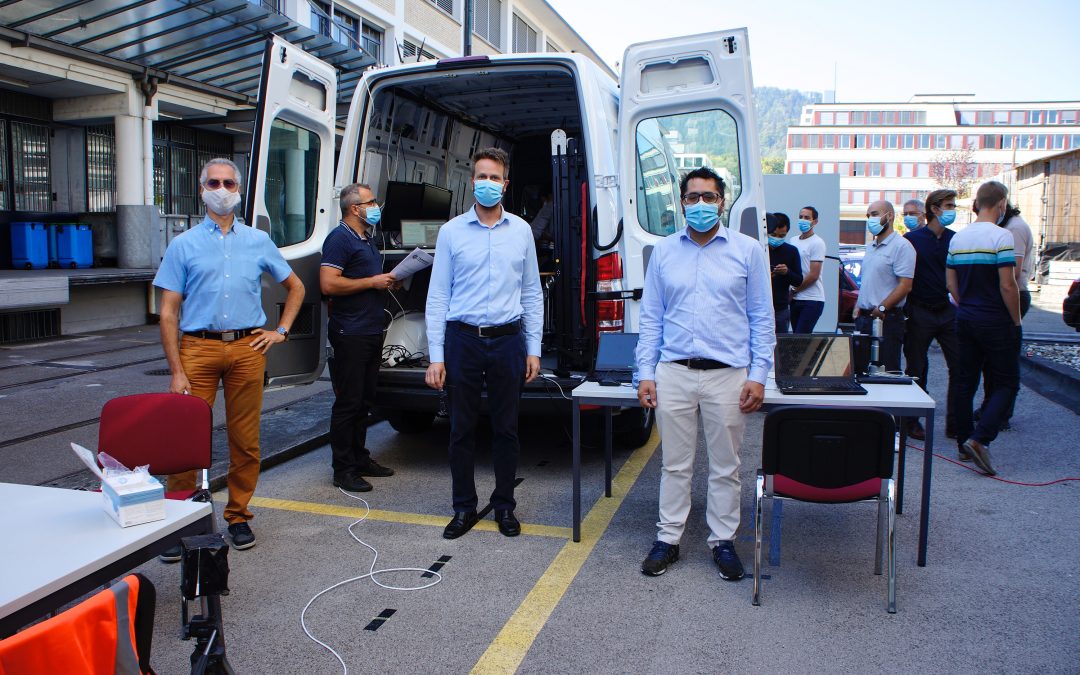 Successful integration and testing of the TERRIFFIC System was recently carried out at Arktis Radiation Detectors’ offices in Zurich.

The very good news is that almost all of the project partners were able to travel to Zurich and use their two days together to integrate the various components in the TERRIFFIC System and run a series of tests to ensure everything was working as it should be. This physical integration meeting had been delayed from March, when the Covid travel restrictions came into effect. We did manage at the time, however, to integrate as much as possible remotely, but it can never be as productive as meeting face to face.

The MODES mobile detection van from Arktis (see above image) is an essential part of the TERRIFFIC System, as it is able not only to physically transport the actual System to an RNe incident, but its on-board M1000 large-area neutron detector has been developed for mobile use.

Also central to the System is the incident management information solution, called CBRNe Frontline, from partner Bruhn NewTech. All of the data and imagery collected during an incident regarding what the radioactive source is, where is located, how the plume might disperse etc is fed into CBRNe Frontline as well as the augmented reality solution, which has been developed by the Luxembourg Institute of Science and Technology.

This mass of data can help an RNe incident commander decide how to manage the incident, how to allocate resources, where the red zone is, at what distance to place the cordons etc. Quite simply, more accurate and up to date information results in better decision-making, which in turn can speed up the response to an incident and help save lives – both of first responders and the general public.

Also within TERRIFFIC, the French Alternative Energies and Atomic Energy Commission (CEA) has been developing what is potentially the world’s smallest gamma camera, weighing only 300g, and a beta detector, both of which can be mounted on either the UAV from AERACCESS or the UGV from Nexter Robotics, as can a standard camera of course.

École Centrale de Lyon (ECL) has developed innovative plume modelling software, which takes the data relating to the radiation source and calculates how the plume will disperse, taking into account the wind and weather conditions. A significant improvement and benefit is its ability to model this dispersion even in a built up environment, like a city centre.

By sending some or all of these technologies into the red zone first, the incident commander can obtain a host of information that will allow him/her to allocate the resources both safely and optimally. Rather than risk the lives of the first responders, as there could be a secondary device, such a decision can be made armed with much more information about the incident and the potential risks involved.