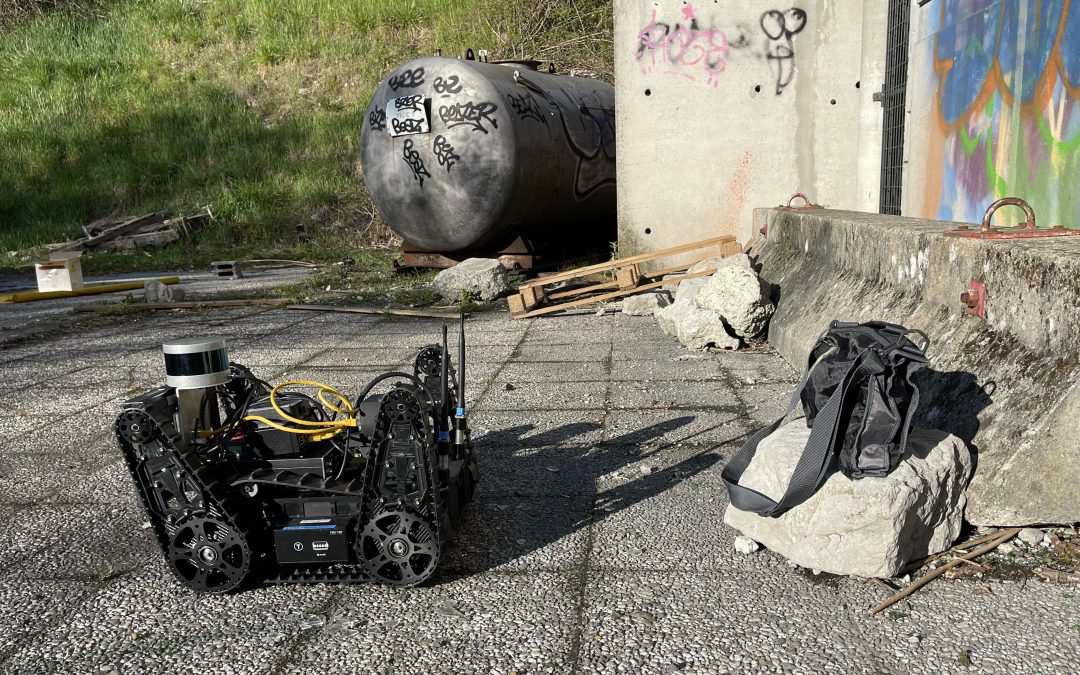 The further integration of the components that make up the TERRIFFIC system was held in Chambéry, France on the 29th and 30th March.

The image shows the Nexter UGV with the world’s smallest gamma camera, developed by CEA List, mounted on it. The robot has been deployed to measure the radiation levels from a source inside the suspect bag. The data is then processed through the plume modelling software developed by the École Centrale de Lyon and fed in almost real time to Bruhn NewTech’s incident management software.

This two day meeting was organised with the great help of SDIS73 in the Savoie regin of France and allowed the technical partners to work physically together for the first time since last September. Using real radiation sources in a controlled environment, the technical teams were able to integrate the various components of the TERRIFFIC system and assess their performance in a real life situation.

Both the Nexter UGV and the Aeraccess UAV were used to bring the CEA gamma camera and the flat panel gamma detector from Arktis Radiation Detectors close to the sources. The UAV can also have a normal camera mounted to provide further situational awareness.

The MODES van from Arktis Radiation detectors was also active in Chambéry and this housed the full TERRIFFIC System. In operational use, it can be rapidly deployed to the scene of an RNe incident to provide essential support to the incident commander.