Field Exercise in Slovakia on 07-08 September 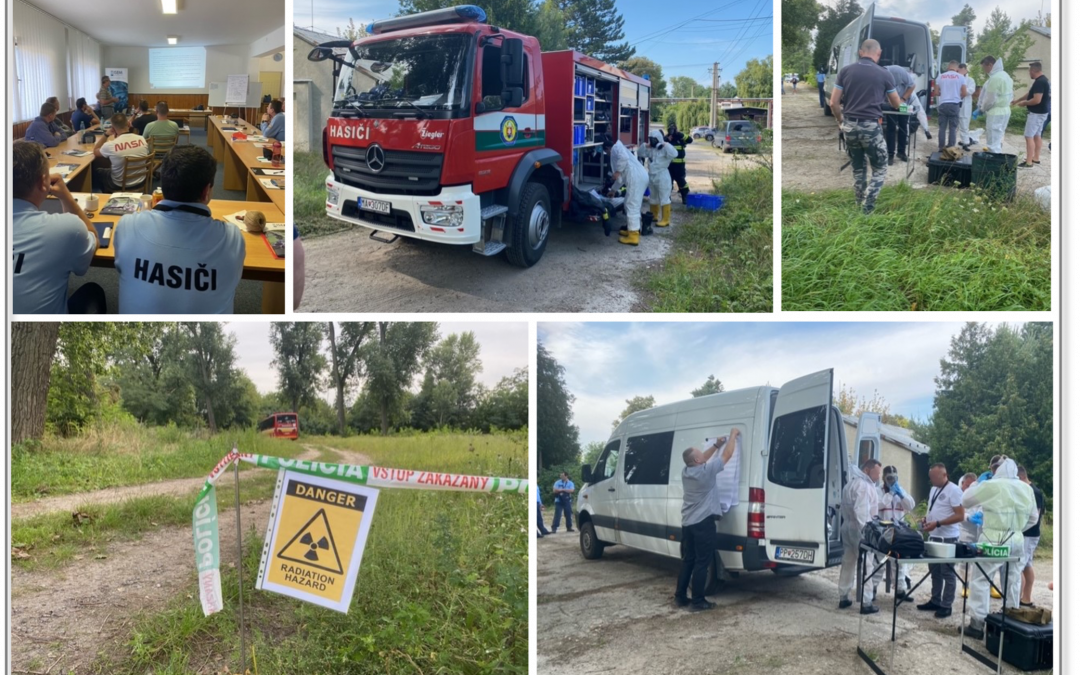 The Field Exercise, part of the project’s trials campaign, was held in Malacky, Slovakia on 07-08 September wit a hot debrief the following day. Project partners ISEMI and TLA organised the event with the support and active participation of police and fire officers from the Slovak and Czech Republics.

The practitioners were able to see and use the integrated TERRIFFIC Project System, using genuine radioactive sources in two real scenarios. Of course, the safety of the participants was paramount throughout the two day exercise.

The police and fire officers were able to experience first hand the tangible benefits of the System, which uses innovative gamma and beta sensors and a new gamma camera, mounted on both UAVs and UGVs. There was also a new beta handheld detector used to locate and identify the sources.

The sensor results and plume modelling forecasts were then fed through into the augmented reality solutions and the incident management system in the specially-equipped MODES van.

This was real proof of the power of using innovative technology in an RNe incident to help CBRNe officers manage the event more effectively – and greatly reduce the risks to personnel.

A great success! And now we move on to the Final Trial next week in France…